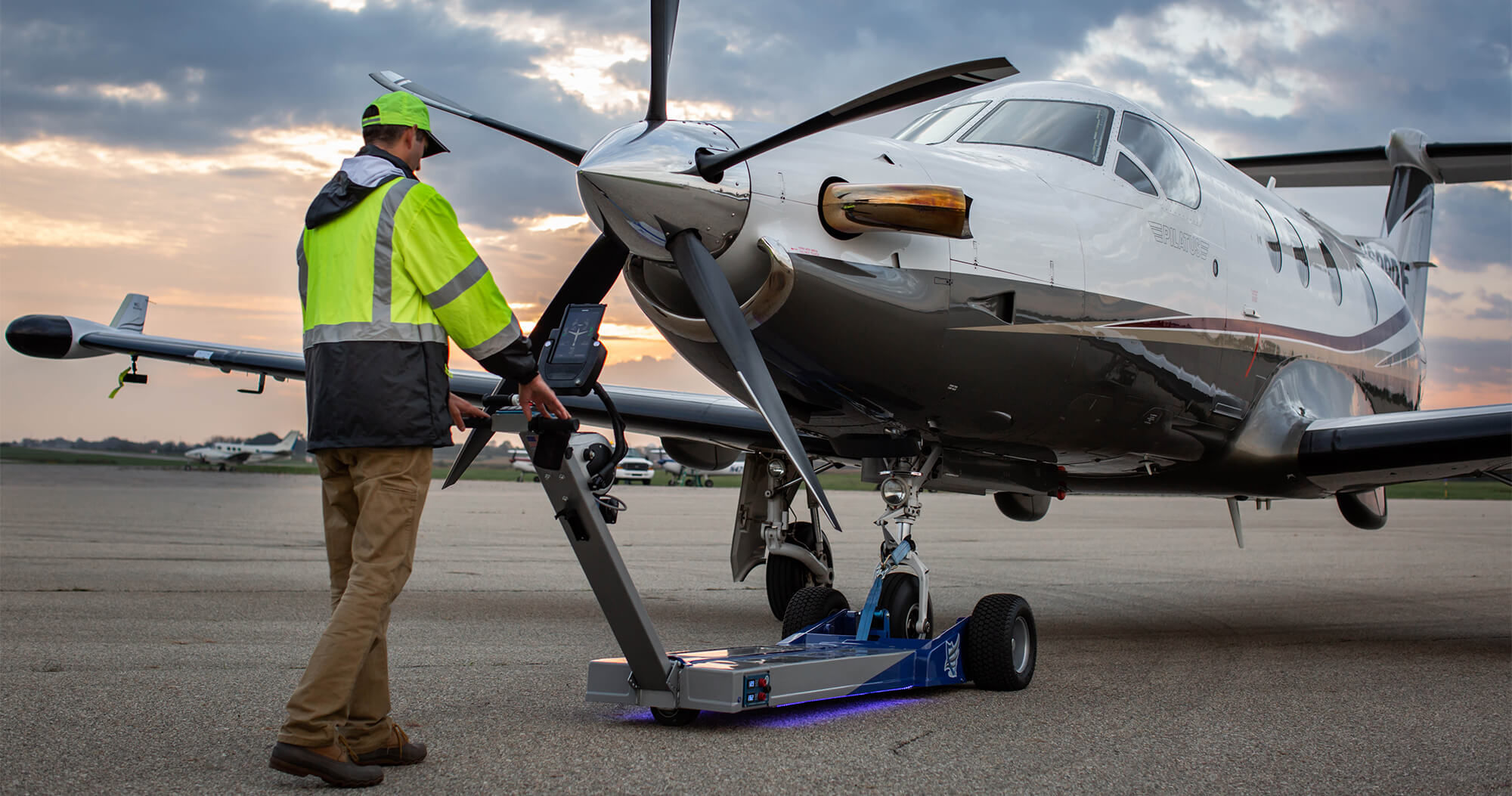 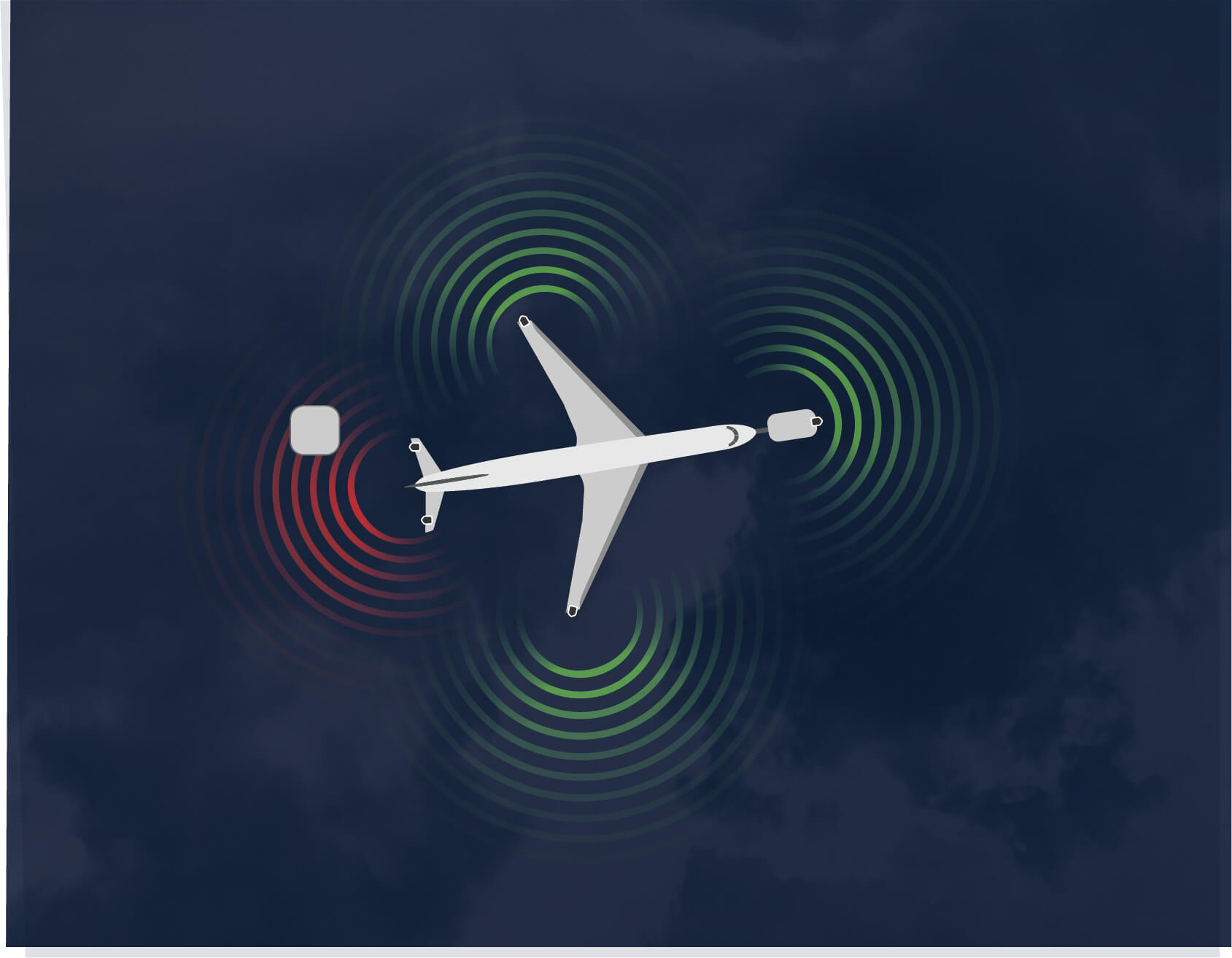 WingGuard’s patented SafeZone sensors are equipped with mmWave radar technology with customizable ranges up to 20 meters. Sensors are placed on each wing and, if desired, the back of the tug. The tug mounted DataHub receives the information from each sensor, including battery life, connectivity, as well as proximity to obstructions and displays the information onto the operator interface.

When one of the sensors comes in proximity of obstruction, an audible and visual cue will alert the tug operator allowing them to change course. If the aircraft comes within a dangerous range of an obstruction, the operator’s interface will engage the emergency tug kill, successfully shutting off your tug’s engine and avoiding the obstruction. This portable, wireless system is built for aircraft of all sizes, including commercial airliners, prop planes, and helicopters.

1. mmWave radar detection up to 20 meters

4. Status of each sensor battery and connection signals